I take it that you are here because your lockshield valve is leaking and you are not sure what to do? This article will be your ultimate guide on how to fix this problem but FIRST, go and make sure the heating is switched off, then lay a towel down under the leaky lockshield and turn off the TRV (thermostatic radiator valve) at the other end.

Sorted, towel down and TRV off, okay let’s get into this. A lockshield valve has three points where leaks can possibly come from and most often, the leak is from the packing nut.

We will go through the three different points where the leak is coming from and let you know what you can do to stop the leak. Worst case we are unable to stop the leak, the whole valve may need replacing. Again, that is relatively simple too although it will take quite a while due to having the entire system drain down.

What Parts of a Lockshield Valve Leak?

A lockshield valve has three points that can be prone to leaks if the watertight seal has been broken. Two of those points are a little more obvious as they are where the lockshield joins with the pipework and the radiator respectively.

Although leaks can and do occur at the points where the valve meets the radiator and pipework, they are less common but can be susceptible to damage if knocked as the fittings are designed to be rigid and not move.

The third, less obvious place where lockshield leaks occur is also the place where the leaks are most common and that is the packing nut. The packing nut is the nut that is on the top of the valve that is usually hidden underneath the white cap.

The job of the packing nut is to tighten up against a rubber washer which then keeps a watertight seal around the moving parts of the valve. Over time, this washer can move or degrade which makes this part of the valve most likely to leak.

How to Fix a Leaking Lockshield Valve

If your lockshield valve is particularly old, damaged, or split it is best to drain down the system and replace the valve completely but if the leak is only small, there is a good chance that by following our guide, you can fix it.

What You Will Need

Depending on where the leak is coming from, you will need some or all of the below which can be found in almost all houses except maybe the PTFE tape, but you can nip out and get some.

Before We Start – Identify Where the Leak is Coming From

The first step in the process is to identify where the leak is coming from. You can do this easily enough by turning off the valve and removing the white cap (some older radiator caps require a small screw to be removed). Then completely dry the entire valve and keep a careful eye on where the water is coming from.

Once the area is completely dry, you could also hold some dry kitchen towel over the valve to see which parts become wet first.

Once you have identified where the leak is coming from, you can go straight to the appropriate section below.

Note: A leak from the packing nut will drip down the side of the valve and often pool at the nut underneath giving the impression that the leak is there, so you will need to be observant.

How to Fix a Leaking Lockshield Valve: Packing Nut

As we have mentioned, there is an extremely high chance that this is the cause of your leak. The packing nut is what holds the seal in place around the moving parts and wears out the quickest.

First things first, it is always a good idea to just try and nip up the packing nut to see if tightening it a little bit stops the leak.

You would be surprised at how many times that this quite simple step would have saved someone an expensive call-out charge.

When you remove the nut, it should be visibly wet, and you should be able to see where the water has been travelling up the stem and out of the top.

The next part is known as repacking. The packing nut is used to hold a washer in place which is what creates the watertight seal. Due to the way these valves are manufactured, this washer cannot be removed or replaced so instead, we will use PTFE tape to repack the valve.

First, break off around 6 – 8 inches of PTFE tape and then twist it so that it becomes long and thin like a piece of string.

Now wrap the now string-like PTFE tape around the exposed stem, not too tightly but also not so loose that you leave a gap.

Now you will take your bradel (or another small instrument) and poke the PTFE tape down inside the small chamber towards the base of the stem.

Now you can replace the packing nut and it should add pressure to the PTFE tape, therefore, recreating the seal where the leak was coming from.

When the valve cap is back on, the valve should be reasonably firm when trying to turn it on but not so much that you are unable to turn it at all. Alternately, if the valve spins too easily, this could indicate that not enough PTFE tape has been wrapped around the stem and sealed into the chamber.

Note: Repacking a packing nut is trial and error. There is no exact amount of PTFE tape that will definitely fix your leak, you may have to try this once or more to get the correct amount.

How to Fix a Leaking Lockshield Valve: Valve – Radiator

If the leak is coming from the union nut that joins the valve to the radiator, it is a little more work to get it sorted but it is still relatively simple, and you can do it yourself.

Like with the packing nut, the first thing you should try is to tighten the Union nut. It may have been knocked slightly or somehow worked a little loose but a little nip up may solve your issue immediately.

If, as soon as you try and nip up the union nut, the leak gets worse – stop immediately.

If tightening has not worked, we will need to empty the radiator. This is not as difficult as it sounds so do not be too worried.

Both valves should already be off. Now you will want to loosen off the union nut a little whilst preparing your bowl and your bucket.

Now undo the radiator bleed valve which will let air into the top of the radiator, therefore, making the water flow faster out of the bottom.

Catch the water with your large bowl and transfer the water to the bucket when it fills – once the water has been emptied from the rad, the nut can be completely undone.

The key part here is where the olive is located. If the olive is right at the end of the tubing under the nut, it is best to completely remove the nut and replace the olive.

If the olive is recessed as far back onto the pipe as it can go (usually leaving around 4-6mm of the tubing exposed) we are in luck.

Take around eight inches of your PTFE tape and twist it so that it is long and thin like a piece of string and then wrap it around the exposed end of the pipe next to the olive.

Now you will want to tighten the nut back up, again like when you undid the nut, ensure that you have a good grip of the entire valve to prevent it from rotating and breaking the seal on the other joint.

Note: Again, if this is not successful the first time, try again with a little more PTFE tape as the amount needed is not an exact science.

How to Fix a Leaking Lockshield Valve: Pipework – Valve

Now this one is a little trickier… the way we are going to show you is known to be quite successful although you may not be confident enough to try in which case a full drain and replacement will be necessary.

Like with the previous leaks, the first thing to do is to try and nip up the union nut to see if that solves your problem. If the valve has been knocked or moved slightly, the seal could have been broken and hopefully tightening up again could well be all you need to do.

Step 2 – Release the Pressure in the System

Next, go up to the radiator nearest the boiler and open the bleed valve and keep it open until the water is coming out and the pressure in the system has completely dropped to zero.

Note: Make sure you have your towel or bucket ready as you will be expecting water to escape whilst doing this.

Step 3 – Freeze the Pipe Below the Lockshield Valve

Like with the previous leaks, the first thing to do is to try and nip up the union nut to

Pipe freezing kits are a great idea and work very well but make sure you follow the manufacturer’s instructions as the instructions may differ slightly depending on what kit you buy.

With the valve off and the pipe frozen, you will be able to undo the nut and carry out your maintenance. Again, you will want to check the placement of the olive, if it is right at the end of the pipe, you probably want to remove it and put a new one in.

If the olive is okay, break off 8 inches of PTFE tape like before and twist it up so it is like string and wrap around the end of the pipe.

Once you are happy, you can do the nut back up, defrost the pipe and repressurise the system to see if the problem has been solved.

Remember that none of these fixes is guaranteed to work, sometimes leaking lockshield valves simply need replacing. This can be done by draining the radiator and using a pipe freezing kit, but we recommend this as a suitable time to do a full drain down and flush.

I hope that you have found this useful, and we have saved you a few quid on an expensive call out charge.

“If you are unsure or not confident, call out a plumber, they will be able to sort it nice and quick!”

“Sometimes repacking joints takes a little trial and error so do not worry if the leak isn’t fixed the first time!”

“Make sure you turn the heating off, you do not want to end up with a trip to the hospital for burns!”

“Remove and replace any olives that are packed right at the end of any pipework, they should sit comfortably behind the union nut with a little clearance at the end!”

Can you replace a lockshield valve without draining the system?

Yes, you can replace a lockshield valve without draining the system. You will need to isolate and drain the radiator and use a pipe freezing kit on the live pipe below the valve.

How do you tighten a lockshield valve?

There are three points on a lockshield that can be tightened. One is the packing nut that can be found underneath the white cap, the other two are the points at which the valves join to the radiator and the pipework. Ensure that when tightening any of these nuts, you have a good grip of the valve as any movement could compromise the other seals.

What is the difference between a lockshield and radiator valve? 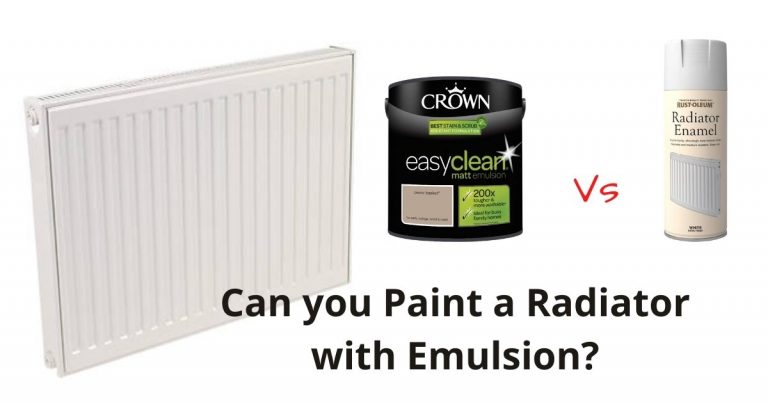 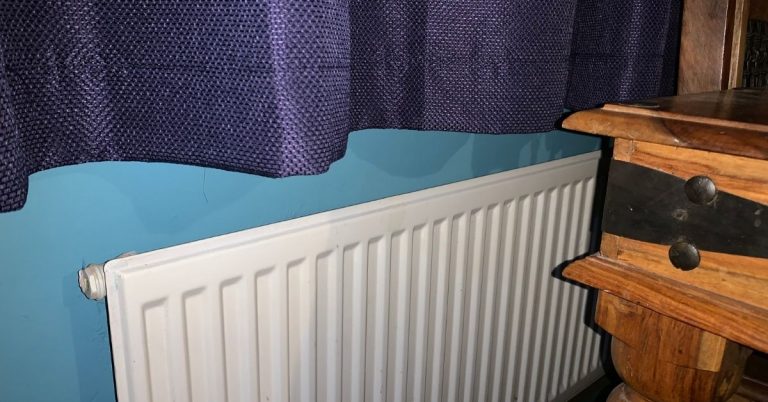 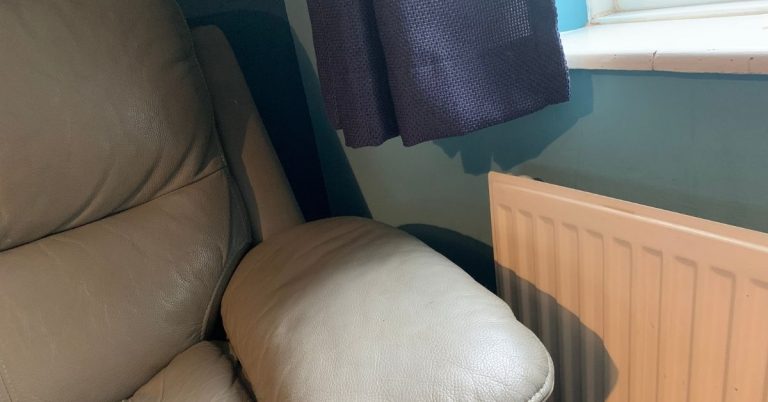 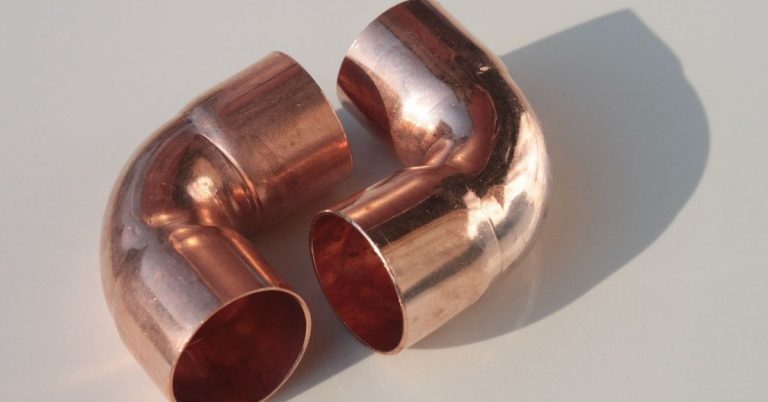 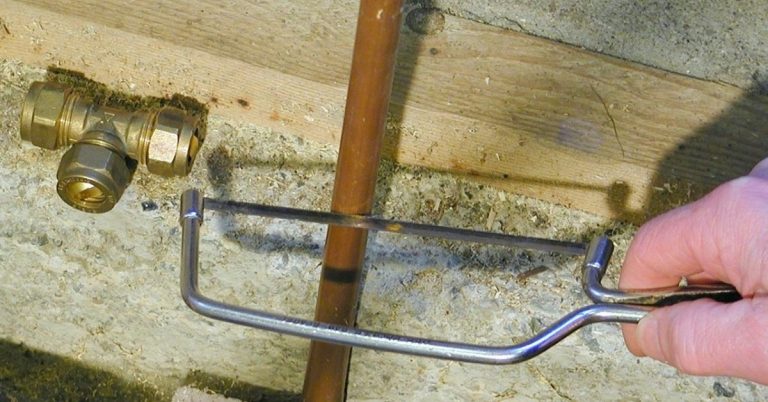