Toilets are a convenience that we all take for granted. It’s not until they stop working or break down that you realise how much you depend on them.

All moving parts at one point or another degrade and need replacing and this is one job you will want to do straight away. If your push button flush is not working, don’t worry, it is a common plumbing problem that many people experience. The good thing for you is that this can be fixed by yourself at home quickly and easily saving you an expensive call-out charge.

Why Has My Push Button Flush Stopped Working?

There could be various reasons causing your push button flush to fail and if you are a tinkerer, you may want to try and find/ fix the problem but if not, it is easy enough to replace the whole flushing mechanism.

Although there are many possible causes for this failure, 2 common problems that are easy to fix are caused by air leakage.

One thing that can happen with push-button flushes is that over a period of time, the clear plastic tubes connected to the spigot can harden with age which means that there is leakage when the button is pushed.

To combat this, remove the clear plastic tube (they can also be other colours) and cut off around 10mm of the tube and then reattach it forming a new (hopefully airtight seal).

Another common problem is when the small plastic bellows develop a small split or crack due to age/ wear & tear. You may be able to see if this is the problem once the cistern lid is off and you push the flush button, and nothing happens because all of the air is escaping.

To be sure, if you have another toilet in the house with the same flush mechanism, you could try swapping the bellows over to see if this is the problem.

If it is, swapping out the bellows is an easy and inexpensive task although if it is not the bellows or the connection to the tubing, I advise that it may be best to replace the whole unit.

How to Change a Push Button Flush

If your push button flush is not working and you have tested for both of the above issues, it is not too difficult a task to replace the whole flushing mechanism.

If you need a new flushing mechanism, you can order this Houser one (Amazon link – opens in a new tab) on next-day delivery or you could pop out and pick one up from your local hardware store or somewhere like Screwfix, B&Q et.

Note: If you have just a single button flush, it is a good idea to replace it with a dual flush as it will save you water and therefore money in the long run.

The first step with all plumbing work inside your home or office is to ensure that the water supply to the area you are working on has been turned off.

Along the pipework to the cistern, there is often an isolation valve that can be turned off by turning the isolation screw 90 degrees. If your cistern does not have its own isolation valve, you may have to isolate the water to the whole property.

Isolation valves can be found in a few different places, but they are most likely under the sink and are often marked with a ‘W’.

When the water supply has been isolated, you can flush the toilet to drain down any water left in the cistern.

Yes, next up, you will need to open up the cistern so that you can get to the flushing mechanism inside.

Some cistern lids will simply just lift up, others will have a retaining screw underneath the flush buttons that pop out and there are some where the outer ring will need to be unscrewed anti-clockwise.

Be careful not to open the lid aggressively as it is likely to be attached to the flushing mechanism.

Disconnect the mechanism from the push button on the cistern lid and then undo the screw underneath holding it in place.

Use this time to give the opening around the hole left by the button a good clean up – all sorts of nasties and crud can build up over long periods of time.

The next task is to remove the cistern. This is not as difficult as it may appear on first thought so do not worry too much.

Firstly, ensure that you have disconnected the cold-water feed going into the cistern and then depending on the cistern, it may be attached to the wall. If it is, there are usually two screws near the top of the inside of the cistern that will need to be removed.

The cistern will also be attached to the toilet bowl and underneath at the back you will find two butterfly nuts aka wing nuts.

Undo all of these and set them aside as you will need them and then lift the cistern away from the base and empty any leftover water into the toilet bowl.

Firstly, set aside the large bolts that should slide out from behind the clamp and then remove the large rubber seat which is there to protect the porcelain parts from coming into contact with each other. (The rubber seat is also known as a doughnut).

Then, using your large grips, undo the (usually plastic) large nut and set aside the metal clamp that was holding the long bolts in place.

Whoever initially installed the toilet may have added a bead of silicone around the base, you don’t need to worry about this, this is overkill and not required.

Now you can insert the new flushing mechanism. It quite simply goes in exactly the same way that the old one came out but obviously in reverse.

Make sure that the rubber washer is in place and seat the mechanism, then you can add the clamp and the large plastic nut.

Do up the plastic nut gently by hand at first and then when you are happy that the washer and the mechanism are seated correctly and in place, you can get your grips and tighten the nut properly which will create a nice watertight seal.

Note: When inserting the new mechanism, ensure that the clamp is the right way up so it holds the bolts in place.

The easy bit… slide the head of the bolts back into place behind the clamp and replace the doughnut (you may have received a new one with your new flush) – the old one can still be used if it is in good condition, it is up to you what you choose.

Now re-seat the cistern onto the toilet bowl and tighten the butterfly nuts underneath and then reattach the cistern to the wall with the screws you removed earlier.

Step 8 – Turn the Water Back On

Now you can also reattach the cold feed to the cistern and turn the water back on.

When you turn the water back on, the cistern will begin to refill with water which is normal, this also gives you the chance to ensure that you have seated everything correctly and that there are no leaks anywhere.

Although there may be differences depending on the manufacturer, this will be fitted in much the same way as the one that you removed.

There is usually a plastic nut that needs to come off, place the button in the hole and then put the nut back on. The nut can just be done up finger tight as it is unlikely to come loose. If you are worried about it, you could get the grips and give it a further quarter turn.

Attach the button to the new mechanism and there you have it. Easy as that.

There you have it, if your push button flush has stopped working, it is an easy fix that just about anyone can do themselves.

It really is an easy job, so save yourself the cost of calling someone to look at it for you and replace the mechanism yourself.

If you are more of a visual learner, I have found this great video on youtube to help you!

“Always ensure that you isolate the water supply before doing any plumbing work!”

“Check the tubes and bellows for leaks before purchasing a whole new mechanism!”

“Remember to ensure that the washer is seated correctly inside the cistern, this is there to keep the cistern watertight!”

“If you do order one on next-day delivery, having a bucket or saucepan handy to pour into the toilet will suffice as a flush in the meantime but that’s up to you!”

How do you fix a push-button toilet that won’t flush?

If the tubes have hardened or the bellows have split, cutting 1cm off the end of the tubes or replacing the bellows will fix the problem. Failing that, the next best thing to do is replace the whole flush mechanism which is easy enough for most to do themselves.

How to remove the cistern lid with a push button?

Cistern lids that have a single push button are usually screwed into the lid. If you turn the outer ring of the push button anti-clockwise, the button will unscrew. If the button is particularly old, it may be stuck, and you may need to give it a little spray with WD40.

How to remove the cistern lid with a dual flush push button? 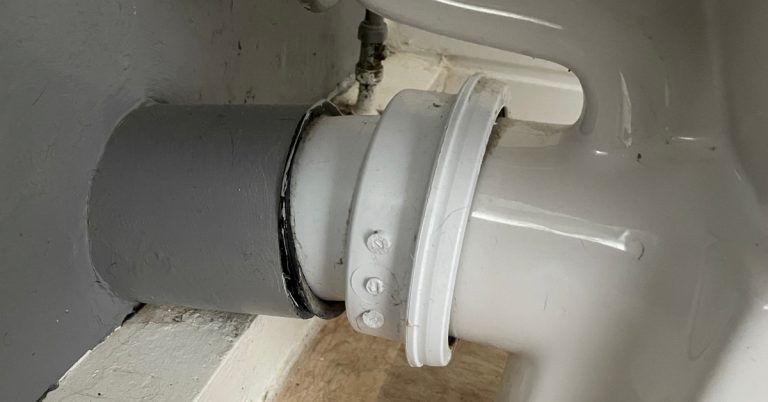 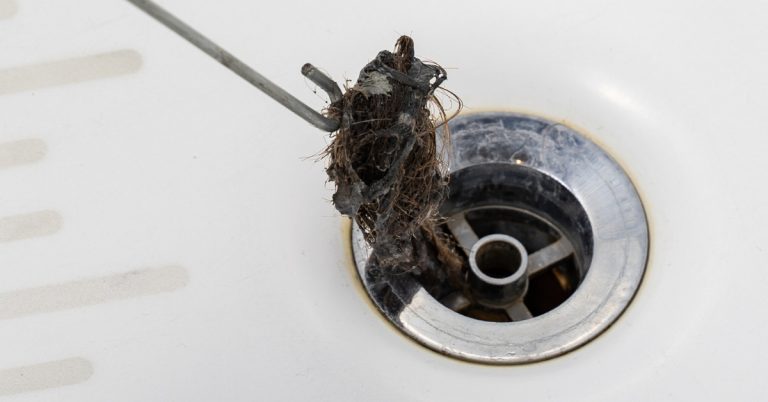