Have you had new taps installed recently? Or have your old taps begun to swivel on the spot? This is a problem that many people come across, but don’t know how to fix.

The problem is that when a tap turns on, in most cases there is a turning motion in order for the water to begin flowing. However, over time this process can loosen up the tap fitting making it move.

A moving tap is a worry because any movement would indicate that the tap is no longer sealed to the sink as effectively as it should be.

The good news is, fixing the issue of your taps moving only takes seven simple steps! In this article, we will discuss what causes tap movement and how to stop a tap from moving again in the future.

Why do Taps Move?

Taps become loose and move for various reasons, they may have been knocked which has broken the seal, they may be aged or have been overcleaned making the washer degrade or become greasy, or the taps may not have been installed correctly or been fitted with cheap parts.

If it is a single tap with a large nut, one of the main causes of taps moving is because this nut is made of plastic. If you have removed your tap and the nut is plastic, this is quite often the cause.

In all cases regardless of what you think may have caused the taps to move in the first place, I recommend this as a good opportunity to take the taps off and clean around the area where they are seated.

How to Stop a Tap from Moving

Stopping taps from moving is a job that you can do yourself without having to call out a plumber to do it for you. With our guide, you will see how easy it is and you don’t need any specific training to be able to do it well.

Getting at the underneath of taps can often be quite tricky as they are located behind sinks and bathtubs etc so there are a couple of specialist tools that you are likely to need.

They are all relatively inexpensive and will still be cheaper than a plumber’s call-out charge, so they are worth getting.

The first step as always when dealing with your water system is to isolate the area that you are working on.

In most cases located on the pipework below the tap, there will be a valve. Sometimes these have a handle making it easy to just turn off the supply or the valve may have a small flathead screw that will need a quarter turn.

If the pipes have no isolation valves or you cannot find them, it is best to just locate your mains isolation valve and turn the water off for the whole house.

This bit is the part that can be a little tricky depending on how and where the water feed is connected to the tap. More often than not, the water feed pipe connects to the tailpiece of the tap in an awkward position and that is why we need the basin wrench mentioned above.

If you are lucky enough to be able to reach your water feed comfortably, you may be able to undo it easily enough with a small adjustable spanner.

Note: Expect there to be a little water remaining in the pipe so when you see a dribble, don’t panic, just have your bowl and your rag ready.

Now you will need your box spanner and depending on what type of tap you are working with you will need to make sure it is the right size.

Usually, you will be able to determine this by the type of tap but if you are unsure, you can have a quick peek underneath to see.

For single taps or taps with one large single nut, you will need a tap back nut spanner which has a fitting of 27mm on one end for basin taps and 32mm on the other end for bath taps.

If you are working on a monobloc (mixer) tap there is usually 2 small nuts holding the tap in place and you will need a monobloc tap spanner kit.

Whichever taps you have that need tending, undo the nuts and then the tap can be lifted away.

If you already have an idea of what is causing the tap to move, you can go straight to fixing the problem but if you are unsure why your tap was moving, this is where a little investigation skill comes in.

I would check the base of the taps, check any washers that are used to create the seal between the tap and the sink, and I would check around the hole where the tap sits.

Next up, I would clean away any dirt, grime and crud that is located on the base of the tap and around the hole where the tap sits – this is important to ensure a good seal when you refit the taps.

If you noticed any damage or degradation to the washers or O-rings, these would need replacing immediately.

Also, if the large nut on a single tap is made of plastic, get rid of this, and replace it with brass. Those plastic nuts are a waste of time and not fit for their purpose.

Note: If the taps are particularly old and not in great shape, now is a good time to replace them.

Step 6 – Refit and Tighten the Taps

Once the area is clean and any parts that needed replacing have been replaced, you can now fit the taps.

It would be handy to have another pair of hands to help when refitting the taps as they are likely to move whilst tightening and if you are stuck under the sink or bath, you won’t be able to hold them in place yourself.

Some people also like to seat their taps with a little plumber’s mait putty.

Note: If you have replaced a plastic nut with brass – it needs to be tight but do not overtighten as it can easily crack the porcelain and then the whole sink will need replacing.

Step 7 – Turn the Water Back On

How you turn the water back on is important so you can ensure that all seals are intact, and that you are close enough to do something about it if not.

Alternately, if you have had to shut off the water to the whole house, open the taps to the sink or bath that is nearest to where you were working so that again, the water will flow through the path of least resistance.

Next, turn off the taps to let the pressure build up again and if there are any leaks, you can open up the taps again to release the pressure before isolating the water again.

When maintained and installed correctly, taps should not move or swivel at all, but it does happen.

Often the cause of moving taps is that they were not installed or tightened appropriately in the beginning, but they could have also been knocked or worked themselves loose because of a cheap plastic nut.

Hope you found this helpful and now you know how to stop a tap from moving!

“If your taps are really old, it is probably better to just replace them!”

“If you have plastic nuts holding any taps in place, replace them with brass to save you a job in the future!”

“Remember to leave the taps open when you turn the water back on to offer the path of least resistance!”

“Basic plumbing tools are worth investing in as they only cost a couple of quid and can save you £100’s in the long run!”

Why do taps become loose?

The most common cause of taps becoming loose is when the nuts holding the taps in place loosen. This can happen for several reasons and 2 of the most common are when the tap itself gets knocked or bashed or when the nut underneath is made of plastic.

Can you tighten a kitchen tap?

Tightening a kitchen tap is an easy enough job for you to do yourself without the assistance of a plumber. All you will need is a spanner that is the right size and long enough to be able to reach the loose nut.

How do you secure a sink tap?

Sink taps are secured in place from underneath the sink. For single taps, there is usually one large nut holding it in place whereas monobloc taps usually have 2 smaller nuts. 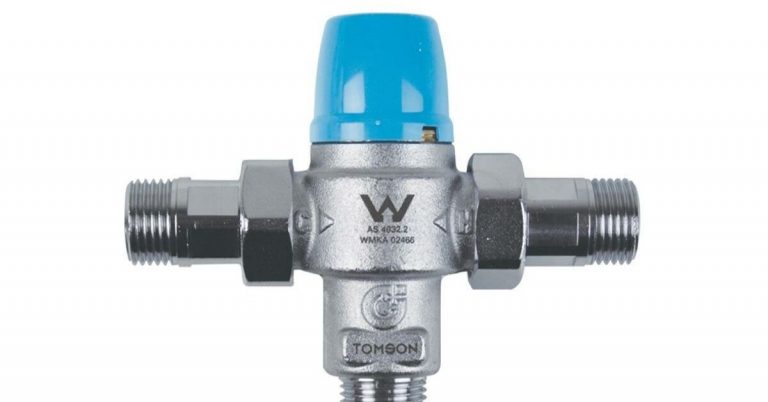 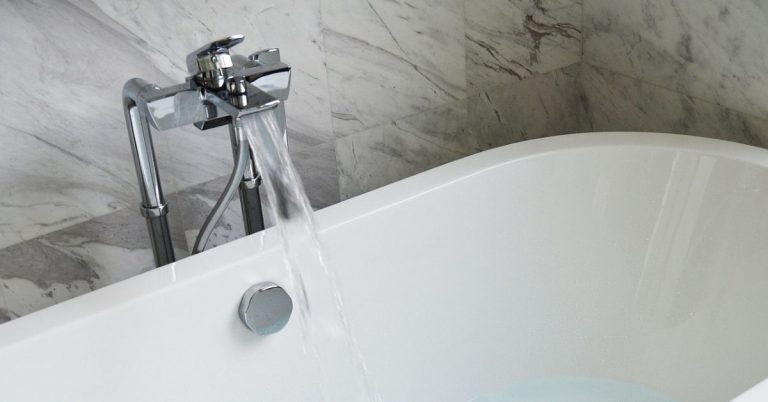 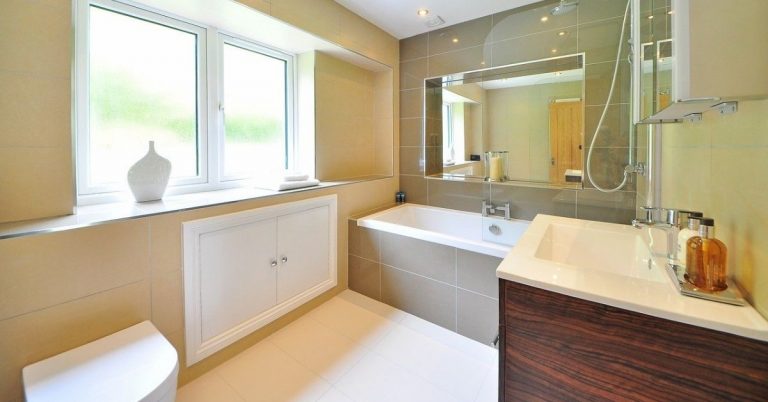